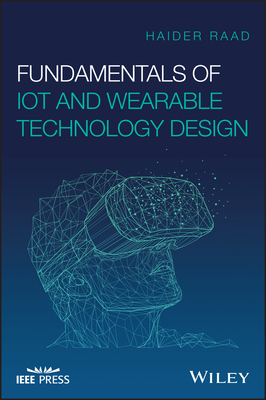 Fundamentals of IoT and Wearable Technology Design delivers a comprehensive exploration of the foundations of the Internet of Things (IoT) and wearable technology. Throughout the textbook, the focus is on IoT and wearable technology and their applications, including mobile health, environment, home automation, and smart living. Readers will learn about the most recent developments in the design and prototyping of these devices.

This interdisciplinary work combines technical concepts from electrical, mechanical, biomedical, computer, and industrial engineering, all of which are used in the design and manufacture of IoT and wearable devices. Fundamentals of IoT and Wearable Technology Design thoroughly investigates the foundational characteristics, architectural aspects, and practical considerations, while offering readers detailed and systematic design and prototyping processes of typical use cases representing IoT and wearable technology.