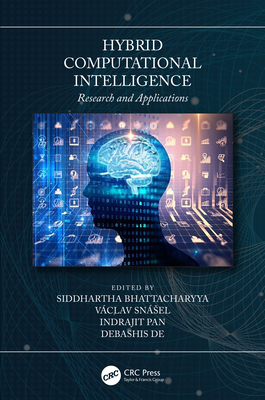 Hybrid computational intelligent techniques are efficient in dealing with the real-world problems encountered in engineering fields. The primary objective of this book is to provide an exhaustive introduction as well as review of the hybrid computational intelligent paradigm, with supportive case studies. In addition, it aims to provide a gallery of engineering applications where this computing paradigm can be effectively use. Finally, it focuses on the recent quantum inspired hybrid intelligence to develop intelligent solutions for the future. The book also incorporates video demonstrations of each application for better understanding of the subject matter.

Vaclav Snasel's research and development experience includes over 25 years in the Industry and Academia. He works in a multi-disciplinary environment involving artificial intelligence, multidimensional data indexing, conceptual lattice, information retrieval, semantic web, knowledge management, data compression, machine intelligence, neural network, web intelligence, data mining and applied to various real world problems. He has given more than 10 plenary lectures and conference tutorials in these areas. He has authored/co-authored several refereed journal/conference papers and book chapters. He has published more than 400 papers (147 is recorded at Web of Science). He has supervised many Ph.D. students from Czech Republic, Jordan, Yemen, Slovakia, Ukraine and Vietnam.

Indrajit Pan graduated with Bachelor of Engineering (B. E.) in Computer Science and Engineering from University of Burdwan in 2005 with Honours and completed his post graduation with Master of Technology (M. Tech.) in Information Technology from Bengal Engineering and Science University, Shibpur in 2009. He was awarded University Medal in his Master's. In 2015 he received Ph. D. in Engineering from Department of Information Technology, Indian Institute of Engineering Science and Technology, Shibpur for his dissertation titled Design and Analysis of Droplet Routing Algorithms for Digital Microfluidic Biochip. His present research interest includes community detection, social network analysis and cloud computing.

Debashis De earned his M.Tech from the University of Calcutta in 2002 and his Ph.D (Engineering) from Jadavpur University in 2005. He is a senior member of the IEEE. Life Member of CSI and member of the International Union of Radio science. He worked as R&D engineer for Telektronics. He is the head of the department and Professor in the Department of Computer Science and Engineering of the West Bengal University of Technology, India, and Adjunct research fellow at the University of Western Australia, Australia. He was awarded the prestigious Boyscast Fellowship by the Department of Science and Technology, Government of India, to work at the Herriot-Watt University, Scotland, UK. He received the Endeavour Fellowship Award during 2008-2009 by DEST Australia to work at the University of Western Australia. He received the Young Scientist award both in 2005 at New Delhi and in 2011 at Istanbul, Turkey, from the International Union of Radio Science, Head Quarter, Belgium. His research interests include location and handoff management, mobile cloud computing, traffic forecasting, green mobile networks, and low power nanodevice designing for mobile applications. He has published in more than two hundred peer-reviewed international journals in IEEE, IET, Elsevier, Springer, World Scientific, Wiley, IETE, Taylor Francis and ASP, sixty International conference papers, four researches monographs in springer, CRC, NOVA and ten text books published by Person education, Vikas publishers.