The New York City Police Department: The Impact of Its Policies and Practices 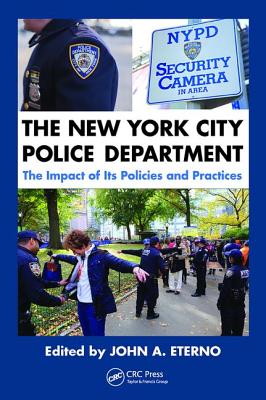 Studying the flagship New York City Police Department is critical to understanding policing and democratic society. An examination of the department by experts who have been studying it for years, The New York City Police Department: The Impact of Its Policies and Practices provides a frank and open discussion about the NYPD from an elite group of scholars with varying viewpoints and concerns. The authors in this book are uniquely qualified to discuss and analyze the intricacies of policies and their impact. Researchers working the streets of Brooklyn expose stop-and-frisk policies. An expert academic covers marijuana arrest policies and their implications on citizens. The impact of the NYPD�s development of innovative technology is demonstrated by a recently retired captain who worked on developing the department�s real-time crime center. Presenting the insight of these and other experts, the book explores critical questions such as: How are victims of crime faring in the NYPD�s performance management system? Does the NYPD manipulate crime reports to make them appear better? How does the NYPD handle mass demonstrations? How does the community view the NYPD? How can an individual start a grassroots movement to influence policy and practices? The book explores hiring, firing, and retention; analyzes crime-fighting strategies; discusses the drop in homicide rate in recent years; and reviews legal concerns and the response to public demonstrations such as the Occupy Wall Street movement. The final chapter evaluates implications of the policies the NYPD follows and analyzes how it affects policing worldwide. A scintillating expos�n police culture and resistance to change, the book is destined to encourage enhanced social discourse on the topic for years to come.