The Performative Ground of Religion and Theatre 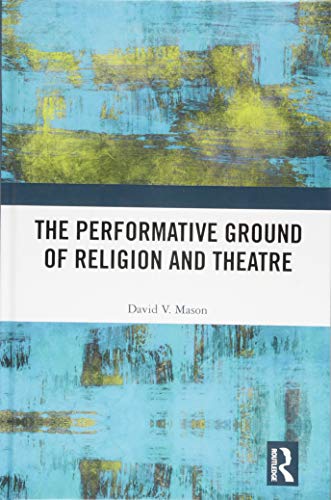 Religious practitioners and theatregoers have much in common. So much, in fact, that we can say that religion is often a theatrical phenomenon, and that theatre can be a religious experience. By examining the phenomenology of religion, we can in turn develop a better understanding of the phenomenology of theatre. That is to say, religion can show us the ways in which theatre is not fake.

This study explores the overlap of religion and theatre, especially in the crucial area of experience and personal identity. Reconsidering ideas from ancient Greece, premodern India, modern Europe, and the recent century, it argues that religious adherents and theatre audiences are largely, themselves, the mechanisms of their experiences. By examining the development of the philosophy of theatre alongside theories of religious action, this book shows how we need to adjust our views of both.

Featuring attention to influential notions from Plato and Aristotle, from the Natyashastra, from Schleiermacher to Sartre, Bourdieu, and Butler, and considering contemporary theories of performance and ritual, this is vital reading for any scholar in religious studies, theatre and performance studies, theology, or philosophy.