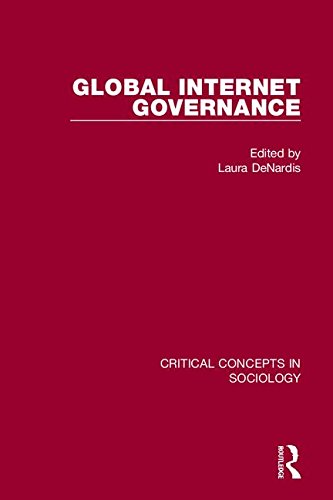 The editor of this new Routledge title argues that our economic and social lives are now utterly dependent upon the successful coordination of the Internet. Moreover, as the Internet expands from its current form to an ‘Internet of things’, she suggests that its stability and security will soon be recognized as important as other global concerns, like battling terrorism and fighting climate change.

Who controls the Internet? The question has profound implications for our access to knowledge, the pace of economic growth, and the protection of human rights, not least freedom of expression and the right to privacy. And the question’s importance has been underscored in recent times by landmark events, including revelations about the actual and potential power of social-media companies, and the breathtaking extent of surveillance by intelligence and security organizations, such as the NSA in the United States and Britain’s GCHQ.

It is perhaps only in the last several years that issues about and around the governance of the Internet have entered the public consciousness, but serious academic and policy work dates back decades. And now there is a critical mass of scholarship that can usefully be collected under the rubric of ‘Internet Governance’. Like the Internet itself, leading theorists and researchers in the field are distributed globally, and work in disciplines across the social sciences and humanities. Indeed, much of the relevant literature remains inaccessible or is highly specialized and compartmentalized, so that it is difficult for many of those who are interested in the subject to obtain an informed, balanced, and comprehensive overview. This new four-volume collection, published as part of Routledge’s acclaimed series, Critical Concepts in Sociology, meets the need for a reference work to make sense of the subject’s vast and dispersed literature and the continuing explosion in research output.