Calculation and Computation in the Pre-Electronic Era: The Mechanical and Electrical Ages 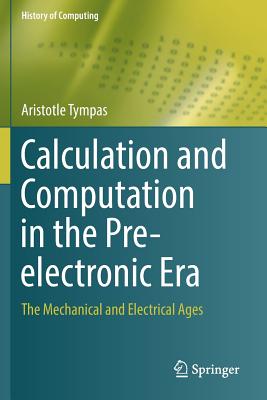 Dr. Aristotle Tympas is an Associate Professor in the Department of History and Philosophy of Science at the National and Kapodestrian University of Athens, Greece.