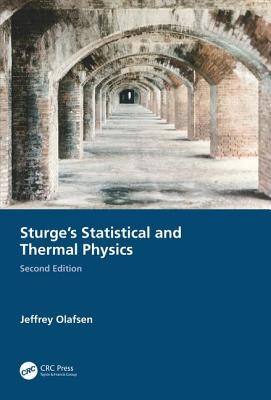 This fully revised and updated edition provides a uniquely accessible introduction to the principles and applications of statistical mechanics and thermodynamics. Based on the highly acclaimed text by famous physicist M.D. Sturge, it continues its emphasis on explaining concepts with simple mathematics and plain English, as well as consistent use of terminology and notation. The new edition includes a chapter on non-equilibrium thermodynamics and many new examples from soft condensed matter physics. Additionally, chapters have been reorganized for better flow.

Jeffrey Olafsen is an Associate Professor of Physics at Baylor University in Waco, Texas. His research focuses on experimental non-equilibrium and nonlinear dynamics, including granular physics and biomechanics. The research in his laboratory has been primarily pursued with undergraduate researchers who are co-authors on his journal articles. The soft matter systems about which he publishes often draw on analogies to traditional thermodynamical systems.