Drones to Go: A Crash Course for Scientists and Makers 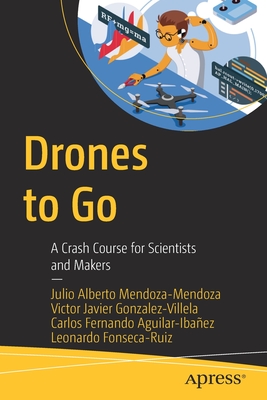 Learn the five key skills needed to become a quadcopter developer: design, modeling, control, simulation, and implementation. This book provides a crash course on drone development for beginners and can also serve as a comprehensive reference for those who want a detailed guide for future projects.
You'll review key features often missed in other books: a deeper review of controls, step by step modeling, and methods for simulating and designing drones. Although the quadcopter is used as the main example throughout the book, you'll also see how to apply the development knowledge to other aircrafts or aerial systems.
Highly visual and easy to understand, this book features Simulink and Matlab tools, but the skills covered can be used in other environments such as Scilab or other programming languages. Drones To Go merges maker knowledge and technical information with scientific knowledge and design essentials. What You'll Learn
Who This Book Is For