The Art of Teaching Physics with Ancient Chinese Science and Technology 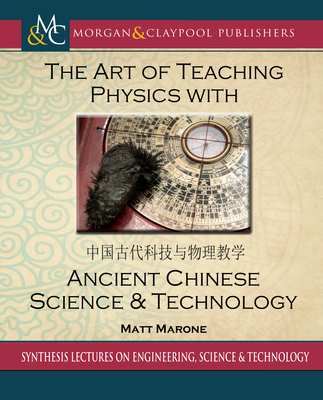 Blending physics with the study of ancient Chinese science, technology, and culture is a unique and highly effective way to present the fundamentals of physics to non-science majors. Based on the author's course at Mercer University (Georgia, U.S.), The Art of Teaching Physics with Ancient Chinese Science and Technology exposes a wide range of students to the scientific method and techniques of experimental analysis through the eyes and discoveries of ancient Chinese "polymaths" long before the European concept of the scientific method was even considered. No other book so deftly makes the connections from ancient China to Ben Franklin to Michael Faraday while teaching physics at the same time.

A distinctive characteristic of this book is the detailed hands-on laboratory experiments. This first includes making a simple magnetic compass and magnetometer. Students then use the compass/magnetometer to measure the strength of the magnetic field produced by a long straight wire. The second experiment covers two different methods of mining copper to introduce students to simple chemical principles such as displacement reactions, oxidation, reduction, and electronegativity.

Originally developed for non-science students in an Asian studies environment, this book provides a valuable resource for science teachers who wish to explore the historical connections largely ignored in traditional texts. When paired with Teaching Physics through Ancient Chinese Science and Technology (Marone, 2019), these two texts provide a unique means of studying selected topics traditionally found in a two-semester Physics course.