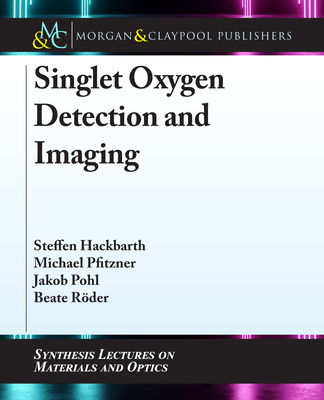 Singlet Oxygen, the lowest electronically excited state of molecular oxygen, is highly reactive and involved in many chemical and biological processes. It is one major mediator during photosensitization, which has been used by mankind since ancient times, even though the mechanisms behind it were understood only about half a century ago.

The combination of high reactivity and very long natural lifetime allows for direct optical detection of singlet oxygen and its interactions using its characteristic phosphorescence at around 1270 nm. Since this emission is very weak, optical detection was technically very challenging for a long time. Therefore, even today, most laboratories only exploit the high reactivity to observe the interaction with sensor molecules, rather than singlet oxygen emission itself. However, in recent years highly sensitive optical detection was developed, the authors being major contributors.

This book is dedicated to the detection of singlet oxygen, discussing possibilities, pitfalls and limits of the various methods with a special focus on time-resolved phosphorescence and the kinetics of singlet oxygen generation and decay including involved and related processes, discussing investigated systems with various complexity from solutions over in vitro to in vivo.

The long-standing paradigm that singlet oxygen phosphorescence is a benchmark for detection systems rather than an option for process observation is still ubiquitous and this book hopes to contribute in overcoming this still prevailing bias.