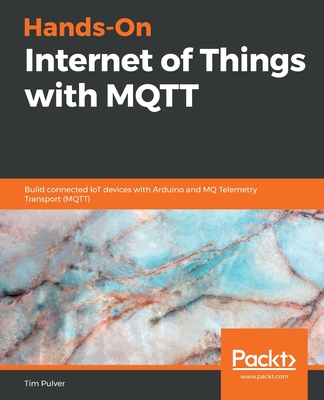 MQ Telemetry Transport (MQTT) is a lightweight messaging protocol for smart devices that can be used to build exciting, highly scalable Internet of Things (IoT) projects.

This book will get you started with a quick introduction to the concepts of IoT and MQTT and explain how the latter can help you build your own internet-connected prototypes. As you advance, you'll gain insights into how microcontrollers communicate, and you'll get to grips with the different messaging protocols and techniques involved. Once you are well-versed with the essential concepts, you'll be able to put what you've learned into practice by building three projects from scratch, including an automatic pet food dispenser and a smart e-ink to-do display. You'll also discover how to present your own prototypes professionally. In addition to this, you'll learn how to use technologies from third-party web service providers, along with other rapid prototyping technologies, such as laser cutting, 3D printing, and PCB production.

By the end of this book, you'll have gained hands-on experience in using MQTT to build your own IoT prototypes.

If you are an IoT developer or enthusiast who wants to start building IoT prototypes using MQTT, this book is for you. Basic knowledge of programming with Arduino will be useful.

Tim Pulver is a Berlin-based freelance interaction designer and developer. In his work, he combines his physical prototyping experience and knowledge of interface design with modern technologies such as 3D printing, laser cutting, web technologies, and machine learning to create unique interactive experiences.

In recent years, he has worked on interactive data visualizations, web-based audiovisual experiences, musical interfaces, and cables- an innovative browser-based visual programming language that enables the creation of interactive audiovisual prototypes without writing any code.

He holds a Bachelor of Arts degree in interface design from the University of Applied Sciences in Potsdam, Germany.