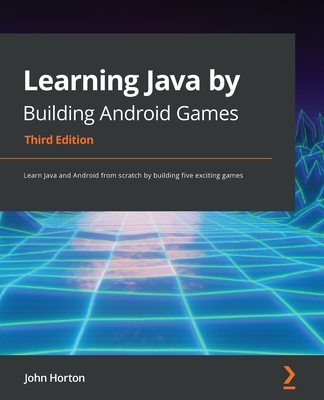 Android is one of the most popular mobile operating systems today. It uses the most popular programming language, Java, as one of the primary languages for building apps of all types. Unlike most other Android books, this book doesn't assume that you have any prior knowledge of Java programming, instead helps you get started with building Android games as a beginner.

This new, improved, and updated third edition of Learning Java by Building Android Games helps you to build Android games from scratch. Once you've got to grips with the fundamentals, the difficulty level increases steadily as you explore key Java topics, such as variables, loops, methods, object-oriented programming (OOP), and design patterns while working with up-to-date code and supporting examples. At each stage, you'll be able to test your understanding by implementing the concepts that you've learned to develop a game. Toward the end, you'll build games such as Sub Hunter, Retro Pong, Bullet Hell, Classic Snake, and Scrolling Shooter.

﻿Learning Java by Building Android Games is for anyone who is new to Java, Android, or game programming and wants to develop Android games. The book will also serve as a refresher for those who already have experience using Java on Android or any other platform but are new to game development.