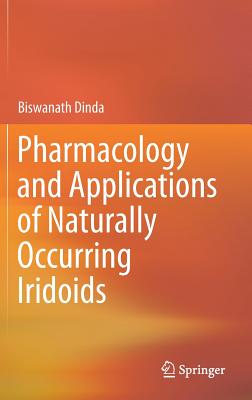 In this book, the author provides expert analysis on naturally occurring iridoids, their chemistry and their distribution in plants and insects. Particular attention is given to the pharmacology of iridoids and their prospective applications in pharmaceutical and agricultural industries.
Iridoids are found in a wide variety of plants and some insects, and they are structurally derived from monoterpenoid natural products. In the first two chapters of this book, the author describes the iridoids classification, occurrence and distribution in plants and insects. The following chapters cover different chromatographic and spectroscopic techniques that can be used to identify and quantify iridoids in herbal formulations, and also the biosynthesis of iridoids, in which the reader will discover a metabolomics and transcriptomics analysis to identify the genes involved in the biosynthesis. The final chapters provide insights on several pharmacological activities of iridoids, their physiological role in insects, pharmacokinetics in mammals, insects and microorganisms, and their applications in medicine and agriculture.

This book will engage students and researchers interested in the chemistry of natural products, and it will also appeal to medicinal chemists and practitioners working in the design of new herbal drugs with bioactive pure iridoids.

Professor Biswanath Dinda completed his undergraduate and postgraduate courses at the University of Calcutta, India. He received his PhD in 1974 for his research in the field of natural products chemistry, carried out in the Chemistry Department of Calcutta University in the research group of Prof. P. L. Majumder. Prof. Dinda spent his postdoc time at Ohio State University, working in the research group of Prof. Jack L. Beal at the College of Pharmacy from 1976-1978. After his return from the USA, he first worked as a lecturer in Chemistry in an undergraduate college, and then joined the Calcutta University Post Graduate Centre in Agartala, Tripura, India as a senior lecturer in 1981. From 1993, Prof. Dinda held a position as full Professor at Tripura University, from which he retired as senior-most professor in 2012. Prof. Dinda's research interests have focused on the discovery of various herbal drugs from locally available plants. During his longstanding experience of over 30 years as lecturer and university professor, he has taught various (organic) chemistry courses, especially in the chemistry of pericyclic and photochemical reactions and the spectroscopy and chemistry of natural products.