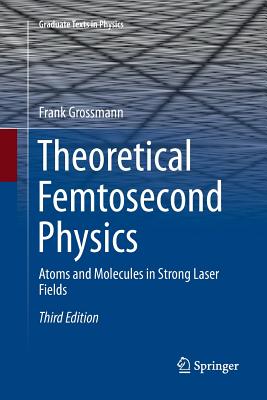 This textbook extends from the basics of femtosecond physics all the way to some of the latest developments in the field. In this updated edition, the chapter on laser-driven atoms is augmented by the discussion of two-electron atoms interacting with strong and short laser pulses, as well as by a review of ATI rings and low energy structures in photo-electron spectra. In the chapter on laser-driven molecules a discussion of 2D infrared spectroscopy is incorporated.

Theoretical investigations of atoms and molecules interacting with pulsed lasers up to atomic field strengths on the order of 10^16 W/cm² are leading to an understanding of many challenging experimental discoveries. The presentation starts with a brief introduction to pulsed laser physics. The basis for the non-perturbative treatment of laser-matter interaction in the book is the time-dependent Schrödinger equation. Its analytical as well as numerical solution are laid out in some detail. The light field is treated classically and different possible gauges for the field-matter interaction are discussed. Physical phenomena, ranging from paradigmatic Rabi-oscillations in two-level systems to the ionization of atoms, the generation of high-order harmonics, the ionization and dissociation of molecules, as well as the control of chemical reactions are presented and discussed on a fundamental level. In this way, the theoretical background for state of the art experiments with strong and short laser pulses is given.

The new text is augmented by several additional exercises and now contains a total of forty-eight problems, whose worked-out solutions are given in the last chapter. In addition, some detailed calculations are performed in the appendices. Furthermore, each chapter ends with references to more specialized literature.