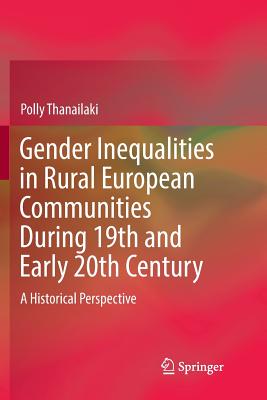 This book provides an overview of women's opportunities for schooling, their social activities, and the social biases they faced in rural communities in Greece, Italy and parts of the Balkans during the 19th and early 20th century. It examines such topics as female illiteracy, the efforts of women-protestant missionaries to expand knowledge through Protestantism, the prejudice against education for women, the socio-economic context, the roles women fulfilled, and the structure of the patriarchal family. The book approaches these issues from the perspective of pedagogy and social history. The fundamental questions discussed by the book are: How was female education viewed by the country folk? What was the role of women in the private and the public sphere? How did peasant women respond to the challenges of the 'modern' world? Were they free to express their feelings and ambitions? In what way? Were they happy?

Polly Thanailaki holds a Ph.D. in Modern History from Democritus University of Thrace, Greece and is a visiting scholar at Harvard University, USA. She currently collaborates with the University of Piraeus.

She is the author of the following books in Greek: Ameriki kai Protestantismos (Kastaniotis Publishers 2005), Americanica oneira kai Ierapostolikos Romantismos (Papazisis Publishers 2011), and Gynaikeies Martyries Stis Selides tis Historias (Papazisis Publishers 2013). The above books received very good reviews both in Greece and in the USA. The author has also published a significant number of papers in peer- reviewed international journals, in Greek journals, as well as in collective books. She has also presented a number of papers in international conferences. Polly Thanailaki has also given invited talks in Greek and American Universities. Her works have been cited by many researchers. She has participated in international Women's Fora and she was the coordinator for Gender Equality with the Institute IGMEA, in Greece.

Her field of research is based on Modern History where she mainly focuses on female education and culture, as well as on Gender Equality in an international perspective.