Philosophy of Science: Between the Natural Sciences, the Social Sciences, and the Humanities 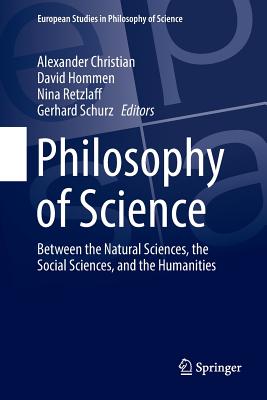 Alexander Christian is a research fellow at the Düsseldorf center for Logic and Philosophy of Science (DCLPS) at the Heinrich Heine University Düsseldorf. His main research areas are general philosophy of science and ethics of science, with a particular focus on bias, questionable research practices and scientific misconduct in medical research. He published about the demarcation problem ("Wissenschaft und Pseudowissenschaft," Peter Lang, 2013), values in science and the suppression of empirical evidence.

David Hommen is currently Post-Doctoral research fellow in the DFG Collaborative Research Centre "The Structure of Representations in Language, Cognition, and Science" at Heinrich Heine University Düsseldorf. His main research areas are philosophy of mind, the theory of concepts, causal theory and the metaphysics of absences. He is co-author of "Negative Kausalität" (de Gruyter 2012, with Dieter Birnbacher) and author of "Mentale Verursachung, innere Erfahrung und handelnde Personen" (mentis 2013).

Nina Retzlaff is a research fellow at the Düsseldorf center for Logic and Philosophy of Science (DCLPS) at the Heinrich Heine University Düsseldorf. Her main research interests lie in philosophy of science, causality and metaphysics. In the context of her PhD thesis, she is investigating causality with regard to quantum mechanics.

Gerhard Schurz holds the Chair for Theoretical Philosophy at the Heinrich Heine University Düsseldorf and is the Director of the Düsseldorf Center for Logic and Philosophy of Science (DCLPS). His research areas include general and special philosophy of science, logic, epistemology, generalized evolution theory, artificial intelligence and metaethics. He published more than 200 papers. Among other books, he published "The Is-Ought Problem," Dordrecht: Kluwer (1997), "Einführung in die Wissenschaftstheorie," Darmstadt: Wissenschaftliche Buchgesellschaft (2006, 4. Aufl. 2014), "Evolution in Natur und Kultur," Heidelberg: Spektrum Akademischer Verlag (2011), "Philosophy of Science: A Unified Approach," New York: Routledge (2013) and "Wahrscheinlichkeitstheorie," Berlin: DeGruyter (2015).