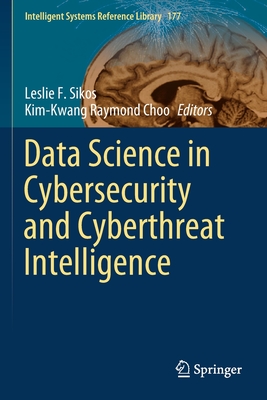 This book presents a collection of state-of-the-art approaches to utilizing machine learning, formal knowledge bases and rule sets, and semantic reasoning to detect attacks on communication networks, including IoT infrastructures, to automate malicious code detection, to efficiently predict cyberattacks in enterprises, to identify malicious URLs and DGA-generated domain names, and to improve the security of mHealth wearables. This book details how analyzing the likelihood of vulnerability exploitation using machine learning classifiers can offer an alternative to traditional penetration testing solutions. In addition, the book describes a range of techniques that support data aggregation and data fusion to automate data-driven analytics in cyberthreat intelligence, allowing complex and previously unknown cyberthreats to be identified and classified, and countermeasures to be incorporated in novel incident response and intrusion detection mechanisms.

Dr. Leslie F. Sikos is a computer scientist specializing in network forensics and cybersecurity applications powered by artificial intelligence and data science. He has worked in both academia and the industry and acquired hands-on skills in datacenter and cloud infrastructures, cyberthreat management, and firewall configuration. He regularly contributes to major cybersecurity projects in collaboration with the Defence Science and Technology Group of the Australian Government, CSIRO's Data61, and the CyberCRC. He is a reviewer of journals such as Computers & Security and Crime Science and chairs sessions at international conferences on AI in cybersecurity. Dr. Sikos holds professional certificates and is a member of industry-leading organizations, such as the ACM, the IEEE Special Interest Group on Big Data for Cyber Security and Privacy, and the IEEE Computer Society Technical Committee on Security and Privacy.