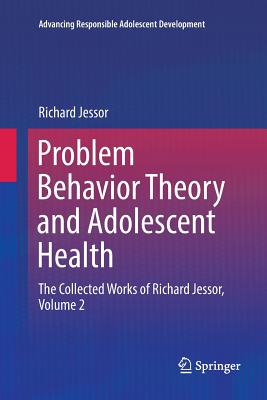 This second volume of Richard Jessor's influential works applies his groundbreaking theory to illuminating the psychosocial determinants of adolescent health. Focusing on a range of both health-compromising and health-enhancing behaviors, including problem drinking, marijuana use, risky driving, and early sexual experience as well as regular exercise and healthy diet, these writings advance understanding of the role of health behavior in adolescence and adolescent development. Chapters illustrate the relevance of the theory and of its interdisciplinary approach for research on behavioral health in adolescence and for the design of prevention/intervention programs to promote healthy development. In addition, the book's comparative studies of U.S. and Chinese youth reveal the generality of the theory across societal and national differences.
Topics featured in this book include: Problem Behavior Theory and Adolescent Health is a must-have resource for researchers, professors, clinicians, and related professionals as well as graduate students in developmental and health psychology, sociology, criminology, criminal justice, public health, and related disciplines.

Richard Jessor, PhD, ScD, is Distinguished Professor of Behavioral Science and Professor of Psychology, Emeritus at the University of Colorado Boulder where he has spent his entire academic career. One of the founders of the university's Institute of Behavioral Science in 1959, he served as its Director from 1980 to 2001. He was Founding Director of the Institute's Research Program on Problem Behavior and, later, its Research Program on Health and Society. From 1987 to 1997, he also directed the Mac Arthur Foundation's Research Network on Successful Adolescent Development among Youth in High Risk Settings. He is the author or editor of ten books and has published over 135 articles and book chapters. In 2003, he was designated a "Highly Cited Researcher" in the Social Science: General category by the Institute for Scientific Information.
Educated at the College of the City of New York and Yale University, where he received his B.A. degree in Psychology in 1946, Jessor received an M.A. from Columbia University in 1947 and a PhD in Clinical Psychology in 1951 from Ohio State University, where he was a student of Julian B. Rotter. He has been a consultant to various federal agencies and private foundations as well as the World Health Organization, Health and Welfare Canada, and UNICEF. He has served on several National Research Council panels and on the Carnegie Council on Adolescent Development. He was an invited Fellow at the Center for Advanced Study in the Behavioral Sciences in 1995-96, and he received the Outstanding Achievement in Adolescent Medicine Award in 2005 from the Society for Adolescent Medicine. Jessor is, after 65 years, the longest-serving active faculty member at the University of Colorado. In May 2015, he was awarded the degree of Doctor of Science, honoris causa, by the Regents of the University of Colorado.