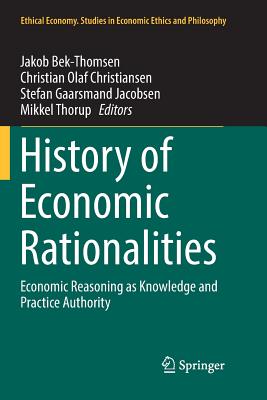 Jakob Bek-Thomsen is an intellectual historian working with the history of science and the history of economic thought. He obtained his PhD in 2013 from Aarhus University where he is now working as assistant professor.
Christian Olaf Christiansen, Ph.D., is currently working on his second post.doc. He is specialized in the history of American economic and political thought. His first soleauthored book, Progressive Business - An Intellectual History of the Role of Business in American Society, is to be published by Oxford University Press in November 2015.
Stefan Gaardsmand Jacobsen, Ph.D., also part of the ECORA research project. He has published numerous articles on the intellectual history of economics, European conceptions of China, ideas of natural order, and the French physiocrats political economy. Mikkel Thorup is Associate professor in the history of political thought, University of Aarhus, Denmark, and the author of several books including An intellectual History of Terror (2010), The Total Enemy (2014) and Pro Bono? (2015). Directs the research projects 'Economic Rationalities' and 'Contested Property Claims'.