Imagine Math 6: Between Culture and Mathematics 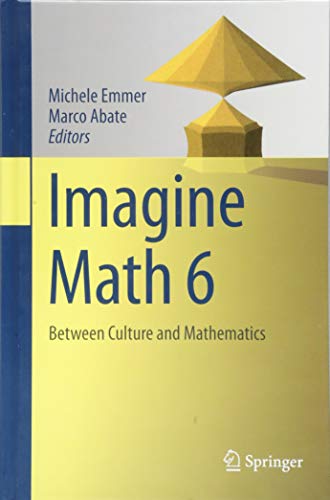 This sixth volume in the series begins with a homage to the architect Zaha Hadid, who died on March 31st, 2016, a few weeks before the opening of a large exhibition of  her works in Palazzo Franchetti in Venice, where all the Mathematics and Culture conferences have taken place in the last years. A large section of the book is dedicated to literature, narrative and mathematics including a contribution from Simon Singh. It discusses the role of media in mathematics, including museums of science, journals and movies. Mathematics and applications, including blood circulation and preventing crimes using earthquakes, is also addressed, while a section on mathematics and art examines the role of math in design. A large selection presents photos of mathematicians and mathematical objects by Vincent Moncorge.

Discussing all topics in a way that is rigorous but captivating, detailed but full of evocations, it offers an all-embracing look at the world of mathematics and culture.