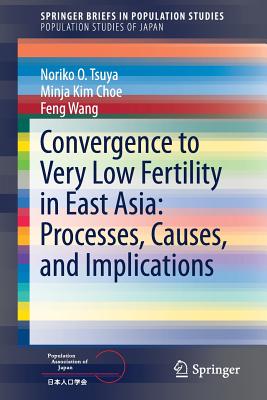 This book examines the trends, underlying factors, and policy implications of fertility declines in three East Asian countries: Japan, South Korea, and China. In contrast to Western countries that have also experienced fertility declines to below-replacement levels, fertility decline in these East Asian countries is most notable in its rapidity and sheer magnitude. After a rapid decline shortly after the war, in which fertility was halved in one decade from 4.5 children per woman in 1947 to 2.1 in 1957, Japan's fertility started to decline to below-replacement levels in the mid-1970s, reaching 1.3 per woman in the early 2000s. Korea experienced one of the most spectacular declines ever recorded, with fertility falling continuously from very high (6.0 per woman) to a below-replacement level (1.6 per woman) between the early 1960s and mid-1980s, reaching 1.1 per woman in 2005. Similarly, after a dramatic decline from very high to low levels in one decade from the early 1970s to early 1980s, China's fertility reached around 1.5 per woman by 2005. Despite differences in timing, tempo, and scale of fertility declines, dramatic fertility reductions have resulted in extremely rapid population aging and foreshadow a long-term population decline in all three countries. This monograph provides a systematic comparison of fertility transitions in these East Asian countries and discusses the economic, social, and cultural factors that may account for their similarities and differences. After an overview of cultural backgrounds, economic transformations, and the evolution of policies, the trends and age patterns of fertility are examined. The authors then investigate changes in women's marriage and childbearing within marriage, the two major direct determinants of fertility, followed by an analysis of the social and economic factors underlying fertility and nuptiality changes, such as education, women's employment, and gender relations at home.