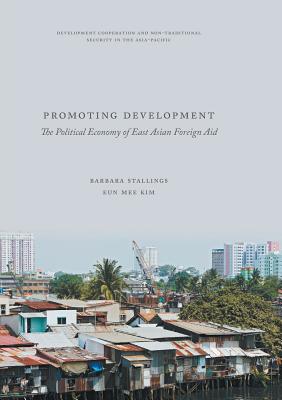 This book offers a new approach to studying foreign aid in the 21st century. While most analysts focus on the differences between traditional and emerging donors, Stallings and Kim here argue that a more important distinction is between East Asian donors and their western counterparts. Asian donors - Japan, South Korea, and China - cross the traditional and emerging divide and demonstrate a particular approach to development that draws on their own dramatic success. As East Asia continues its upward trajectory of economic development, the politics of aid can reveal surprising truths about the objectives and mechanisms of soft power and diplomacy in creating new networks in the region. This book will be of interest to NGO workers, scholars, and students of international relations, a critical part of research into Asia's rise and the emerging spheres of influence.

Barbara Stallings is the William R. Rhodes Research Professor at the Watson Institute and co-director of Brown's Graduate Program in DevelopmenPrior to joining the Institute in 2002, she was director of the Economic Development Division of the United Nations Economic Commission for Latin America and the Caribbean in Santiago, Chile, and professor of political science at the University of Wisconsin-Madison.