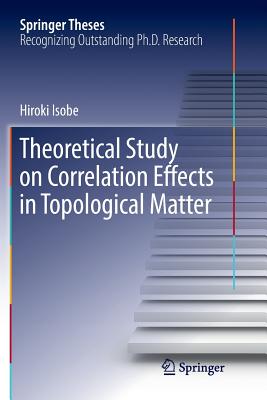 The book comprises three subjects, in which electron correlations in different forms are considered. The first focuses on Coulomb interactions for massless Dirac fermions. Using a perturbative approach, the author reveals emergent Lorentz invariance in a low-energy limit and discusses how to probe the Lorentz invariance experimentally. The second subject aims to show a principle for synthesizing topological insulators with common, light elements. The interplay between the spin-orbit interaction and electron correlation is considered, and Hund's rule and electron filling are consequently found to play a key role for a strong spin-orbit interaction important for topological insulators. The last subject is classification of topological crystalline insulators in the presence of electron correlation. Unlike non-interacting topological insulators, such two- and three-dimensional correlated insulators with mirror symmetry are demonstrated to be characterized, respectively, by the Z4 and Z8 group by using the bosonization technique and a geometrical consideration.

Hiroki Isobe is a postdoctoral associate at the Massachusetts Institute of Technology. His work is concerned with the theory of condensed matter physics, and he particularly focuses on the effects of electron interactions in topological phases of matter. He is interested in interacting topological phases and exotic superconductivity.