The Analytical Foundations of Loop Antennas and Nano-Scaled Rings 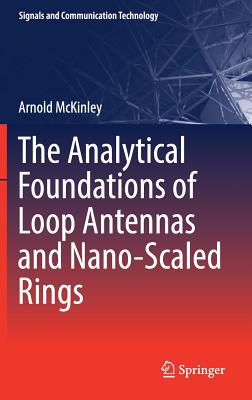 This book develops the analytical theory of perfectly conducting and lossy metal, circular, round-wire loop antennas and nano-scaled rings from the radio frequency (RF) regime through infrared and the optical region. It does so from an antenna theory perspective. It is the first time that all of the historical material found in the literature has appeared in one place. It includes, particularly, material that has appeared in the literature only in the last decade and some new material that has not yet been published. The book derives the input impedance, resonances and anti-resonances, the RLC circuit model representation, and radiation patterns not only of closed loops and rings, but also of loops and rings loaded randomly and multiply with resistive and reactive impedances. Every derivation is compared with simulations run in Microwave Studio (MWS). It looks carefully at the physical response of loop antennas and nano-rings coupled to a source at one point in the periphery and at such rings illuminated by a plane wave arriving from every different direction with the E-field in all polarizations. The book ends with a brief look at polygonal loops, two dimensional arrays of nano-rings, and Yagi-Uda arrays.

Dr. McKinley received his PhD in Engineering from the Australian National University, where he worked in the Centre for Sustainable Energy Systems. Dr. McKinley also holds two Master's degrees from Stanford University in Electrical Engineering and in Engineering Economic Systems. His interests focus on the use of these rings for solar cells, for meta-materials, and for terahertz (THz) communications. Dr. McKinley recently accepted a post asa Teaching Fellow in the Electrical Engineering Department at University College London, where he plans to develop courses in Renewable Energy Systems and to continue his research into the theory and application of loop antennas and nano-scaled rings.