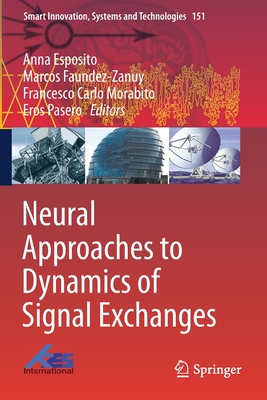 The book presents research that contributes to the development of intelligent dialog systems to simplify diverse aspects of everyday life, such as medical diagnosis and entertainment. Covering major thematic areas: machine learning and artificial neural networks; algorithms and models; and social and biometric data for applications in human-computer interfaces, it discusses processing of audio-visual signals for the detection of user-perceived states, the latest scientific discoveries in processing verbal (lexicon, syntax, and pragmatics), auditory (voice, intonation, vocal expressions) and visual signals (gestures, body language, facial expressions), as well as algorithms for detecting communication disorders, remote health-status monitoring, sentiment and affect analysis, social behaviors and engagement. Further, it examines neural and machine learning algorithms for the implementation of advanced telecommunication systems, communication with people with special needs, emotion modulation by computer contents, advanced sensors for tracking changes in real-life and automatic systems, as well as the development of advanced human-computer interfaces. The book does not focus on solving a particular problem, but instead describes the results of research that has positive effects in different fields and applications.

Marcos Faundez-Zanuy received his B.Sc. degree in Telecommunication in 1993 and the Ph.D. degree in 1998 from the Polytechnic University of Catalunya. He is now Full Professor at ESUP Tecnocampus Mataro and heads the Signal Processing Group. He also held the position of Dean of Escola Superior Politecnica Tecnocampus from September, 2009 to April, 2018. His area of research interests are in the fields of biometrics applied to security and health. He was the initiator and Chairman of the European COST action 277 "Nonlinear speech processing"', and the secretary of COST action 2102 "Cross-Modal Analysis of Verbal and Non-Verbal Communication". He has authored more than 50 papers indexed in international journals, more than 100 conference papers, and around 10 books. He is also responsible of 10 national and European research projects.

Francesco Carlo Morabito got the "Laurea" Degree (Summa cum laude) from the University of Napoli (Italy) in 1985. He now serves as Vice-Rector for Internationalisation at University of Reggio Calabria, Italy. Previously, he was Professor of Electrical Engineering at same University. He has also worked at Radar Department, Selenia SpA, Rome, as Researcher. He also taught at the EPFL, Lausanne, Switzerland, University of Naples, University of Messina, and University of Cosenza. He was a Visiting Researcher at Max-Planck Institute fuer Plasmaphysiks Muenchen, Germany from 1994-2001. He has authored 280+ papers in international journals/conferences and 10 book chapters. He is also editor/co-editor of 6 international books. He is Foreign Member of Royal Academy of Doctors, Barcelona, Spain (from 2004). He received Gold Medal "Henry Coanda", Rumanian Academy for Researches in Neural Networks and Fuzzy Systems, Iasi, Rumania in 2003. He was President of the Italian Society of Neural Networks (SIREN) from 2008-2014. He also held positions in INNS: Member of the Board of Governors (2000-2002); Secretary (2003); Member of the Board of Governors (2004-2006; 2007-2009; 2010-2012); Chair of the Nomination Committee (2010, 2011, 2012). He is Associate Editor of Neural Networks (Elsevier); Editorial Board Member of many reputed journals.