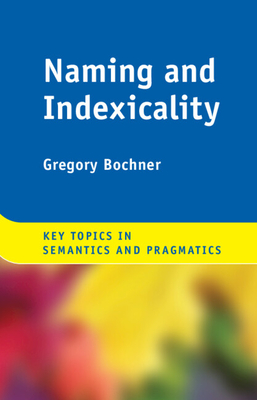 How do words stand for things? Taking ideas from philosophical semantics and pragmatics, this book offers a unique, detailed, and critical survey of central debates concerning linguistic reference in the twentieth century. It then uses the survey to identify and argue for a novel version of current 'two-dimensional' theories of meaning, which generalise the context-dependency of indexical expressions. The survey highlights the history of tensions between semantic and epistemic constraints on plausible theories of word meaning, from analytic philosophy and modern truth-conditional semantics, to the Referentialist and Externalist revolutions in theories of meaning, to the more recent reconciliatory ambition of two-dimensionalists. It clearly introduces technical semantical notions, theses, and arguments, with easy-to-follow, step-by-step guides. Wide-ranging in its scope, yet offering an accessible route into literature that can seem complex and technical, this will be essential reading for advanced students, and academic researchers in semantics, pragmatics, and philosophy of language.

Gregory Bochner is a Marie Curie Fellow at École Normale Supérieure in Paris. After a PhD in both linguistics (Université Libre de Bruxelles) and philosophy (Institut Jean Nicod), he has conducted research in Bologna, New York, Barcelona, Brussels, Fribourg, Paris, and published several articles on meaning, reference, and thought.