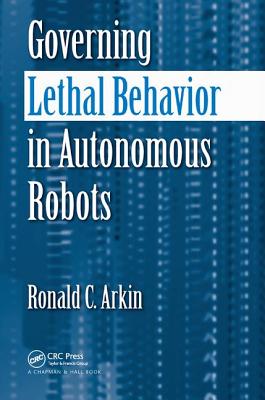 Expounding on the results of the author�s work with the US Army Research Office, DARPA, the Office of Naval Research, and various defense industry contractors, Governing Lethal Behavior in Autonomous Robots explores how to produce an "artificial conscience" in a new class of robots, humane-oids, which are robots that can potentially perform more ethically than humans in the battlefield. The author examines the philosophical basis, motivation, theory, and design recommendations for the implementation of an ethical control and reasoning system in autonomous robot systems, taking into account the Laws of War and Rules of Engagement. The book presents robot architectural design recommendations for Post facto suppression of unethical behavior, Behavioral design that incorporates ethical constraints from the onset, The use of affective functions as an adaptive component in the event of unethical action, and A mechanism that identifies and advises operators regarding their ultimate responsibility for the deployment of autonomous systems. It also examines why soldiers fail in battle regarding ethical decisions; discusses the opinions of the public, researchers, policymakers, and military personnel on the use of lethality by autonomous systems; provides examples that illustrate autonomous systems� ethical use of force; and includes relevant Laws of War. Helping ensure that warfare is conducted justly with the advent of autonomous robots, this book shows that the first steps toward creating robots that not only conform to international law but outperform human soldiers in their ethical capacity are within reach in the future. It supplies the motivation, philosophy, formalisms, representational requirements, architectural design criteria, recommendations, and test scenarios to design and construct an autonomous robotic system capable of ethically using leth