The Cybersecurity Manager's Guide: The Art of Building Your Security Program 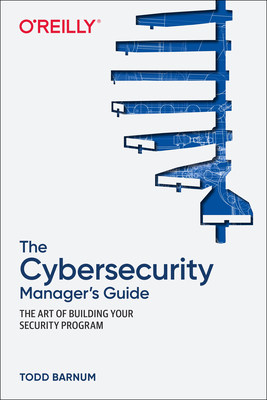 If you're a leader in Cybersecurity, then you know it often seems like no one cares about--or understands--information security. Infosec professionals struggle to integrate security into their companies. Most are under resourced. Most are at odds with their organizations. There must be a better way. This essential manager's guide offers a new approach to building and maintaining an information security program that's both effective and easy to follow.

Todd Barnum is the current CISO of GoPro where he works with world class engineers to design, build and secure GoPro cameras, mobile apps, video editing software, cloud systems, and drone products. Although GoPro is known for manufacturing the worldâ s best action camera, the company also develops multiple software applications enhancing the use of its camera and drone products. The company has 20 offices worldwide, and is thought to be one of the worldâ s largest â cloud onlyâ? companies.

Prior to coming to GoPro, Barnum was VP and Chief Information Security Officer at Warner Bros. Entertainment. He has also served as CISO of Amgen, VP of the InfoSec consulting practice at Forrester. He has a degree from Stanford Law School and a Master of ScienceTelecommunications, and Computer Systems.