Radiation Effects on Integrated Circuits and Systems for Space Applications 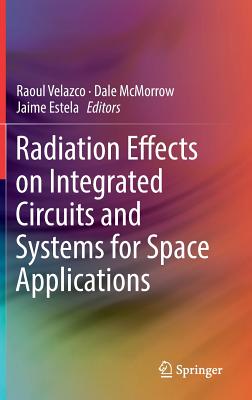 This book provides readers with invaluable overviews and updates of the most important topics in the radiation-effects field, enabling them to face significant challenges in the quest for the insertion of ever-higher density and higher performance electronic components in satellite systems. Readers will benefit from the up-to-date coverage of the various primary (classical) sub-areas of radiation effects, including the space and terrestrial radiation environments, basic mechanisms of total ionizing dose, digital and analog single-event transients, basic mechanisms of single-event effects, system-level SEE analysis, device-level, circuit-level and system-level hardening approaches, and radiation hardness assurance. Additionally, this book includes in-depth discussions of several newer areas of investigation, and current challenges to the radiation effects community, such as radiation hardening by design, the use of Commercial-Off-The-Shelf (COTS) components in space missions, CubeSats and SmallSats, the use of recent generation FPGA's in space, and new approaches for radiation testing and validation. The authors provide essential background and fundamentals, in addition to information on the most recent advances and challenges in the sub-areas of radiation effects.

Raoul Velazco is Director of Research (DR) at CNRS (National Center for Scientific Research) and the Head of the RIS (Robust Integrated Systems) team at TIMA (Techniques of Informatics and Microelectronics for integrated systems Architecture) Laboratory, in Grenoble-France.

Dale McMorrow is Head of the Radiation Effects Section at the US Naval Research Laboratory, in Washington, DC.

Mr. Jaime Estela is an electronic engineer born in Lima-Peru. He worked at GSOC DLR in Oberpfaffenhofen for more than 11 years. In this period he gathered experience in satellite operations and systems engineering, and supported several LEO satellite missions like Terrasar-X, Tandem-X, Prisma A & B, Grace 1 & 2, CHAMP, BIRD, TET. Mr. Estela was also involved, as Ground Segment Engineer, in the ESA project Columbus, the European Module of the International Space Station (ISS). Furthermore he has supported Nanosatellite missions developed by Universities. He supported the project QB-50, an international constellation of 50 CubeSats which will study the higher ionosphere in a low Earth orbit and during its re-entry as suborbital research platform. In 2010 he founded Spectrum ARC GmbH and served as CEO/CTO. He is currently managing the company Spectrum Aerospace Technologies UG (Munich-Germany) and Spectrum Aerospace Research Corporation S.A.C. (Lima-Peru). Both companies belong to the Spectrum Aerospace Group. Mr. Estela has published and co-authored papers and articles in international journals and conference proceedings. The terminology Space-COTS, its concept and philosophy of qualifying commercial electronics for space applications was invented by Mr. Estela. The research study of Space-COTS, finding the middle point between having no qualified components in opposition to a fully qualified EEE parts.