A Brief Introduction to Dispersion Relations: With Modern Applications 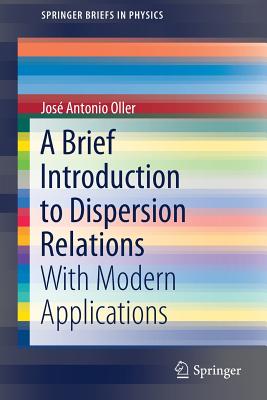 
This text offers a brief introduction to the dispersion relations as an approach to calculate S-matrix elements, a formalism that allows one to take advantage of the analytical structure of scattering amplitudes following the basic principles of unitarity and causality.

First, the case of two-body scattering is considered and then its contribution to other processes through final-state interactions is discussed. For two-body scattering amplitudes, the general expression for a partial-wave amplitude is derived in the approximation where the crossed channel dynamics is neglected. This is taken as the starting point for many interesting nonperturbative applications, both in the light and heavy quark sector. Subsequently crossed channel dynamics is introduced within the equations for calculating the partial-wave amplitudes. Some applications based on methods that treat crossed-channel dynamics perturbatively are discussed too.

The last part of this introductory treatment is dedicated to the further impact of scattering amplitudes on a variety of processes through final-state interactions. Several possible approaches are discussed such as the Muskhelishvili-Omnes dispersive integral equations and other closed formulae. These different formalisms are then applied in particular to the study of resonances presenting a number of challenging properties. The book ends with a chapter illustrating the use of dispersion relations in the nuclear medium for the evaluation of the energy density in nuclear matter.

José Antonio Oller is professor at the department of Physics of the University of Murcia, Spain.As a theoretical nuclear and particle physicist his research interests cover - effective field theories of QCD in vacuum and in a nuclear environment both in the perturbative and no-perturbative regimes- meson-meson, meson-baryon and nucleon-nucleon production and scattering- hadron spectroscopy- heavy quarks- S-matrix theorytopics on which he has authored more than hundred scientific articles.