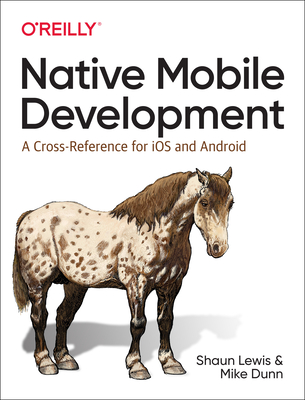 Get professionally developed and curated recipes for 20 of the most common tasks for functionality in modern native iOS and Android applications. With this practical book, developers can use an easily translatable set of instructions for completing routine functionality in both platforms in a way that follows best practices.

Authors Shaun Lewis and Mike Dunn provide step-by-step direction to help you create a fully-functional application using modern practices and designs that will utilize those tasks. The development of the apps will be laid out side-by-side, so that the friction usually involved in switching between platforms while developing is greatly reduced. By the end of this book, you'll have developed apps for both iOS and Android with exactly the same core features, as well as some additional features that are relevant and unique to each app's operating system.

Shaun Lewis is Mobile Engineering Manager and former Lead Software Engineer for iOS at O'Reilly Media. The first book he read, How to Build a Website in a Weekend, transformed his life at the age of 15. He has over 12 years of professional experience and started developing iPhone apps when iOS was still called iPhone OS. He has worked with a number of Fortune 500 companies and occasionally speaks at events about Apple product development. Shaun lives in Ohio with his wife, two kids, and a drawer full of old smartphones.

Mike Dunn is the Principal Mobile Engineer at O'Reilly Media, a recognized member of the AOSP community, and a dedicated contributor to the Android open source ecosystem, including the popular tiling image library, TileView. He's contributed to Google's Closure library, and provided extensions for Google's next-gen Android media player, ExoPlayer. Mike has been programming professionally for about 15 years, and is continuing to study computer science in the master's program at Georgia Institute of Technology.