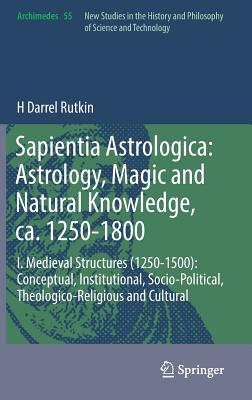 This book explores the changing perspective of astrology from the Middle Ages to the Early Modern Era. It introduces a framework for understanding both its former centrality and its later removal from legitimate knowledge and practice. The discussion reconstructs the changing roles of astrology in Western science, theology, and culture from 1250 to 1500.

The author considers both the how and the why. He analyzes and integrates a broad range of sources. This analysis shows that the history of astrology--in particular, the story of the protracted criticism and ultimate removal of astrology from the realm of legitimate knowledge and practice--is crucial for fully understanding the transition from premodern Aristotelian-Ptolemaic natural philosophy to modern Newtonian science.

This removal, the author argues, was neither obvious nor unproblematic. Astrology was not some sort of magical nebulous hodge-podge of beliefs. Rather, astrology emerged in the 13th century as a richly mathematical system that served to integrate astronomy and natural philosophy, precisely the aim of the "New Science" of the 17th century. As such, it becomes a fundamentally important historical question to determine why this promising astrological synthesis was rejected in favor of a rather different mathematical natural philosophy--and one with a very different causal structure than Aristotle's.

A historian of science with a focus on the role of astrology in premodern Western science and culture ca. 1250-1800, H Darrel Rutkin took his PhD at Indiana University in 2002. After a series of splendid postdoctoral fellowships and visiting professorships, he is now Associate Professor (Ricercatore) at Università Ca' Foscari Venezia in the Dipartimento di Filosofia e Beni Culturali (2018-2021). He has also contributed to the Cambridge History of Science and the Harvard Companion to the Classical Tradition.